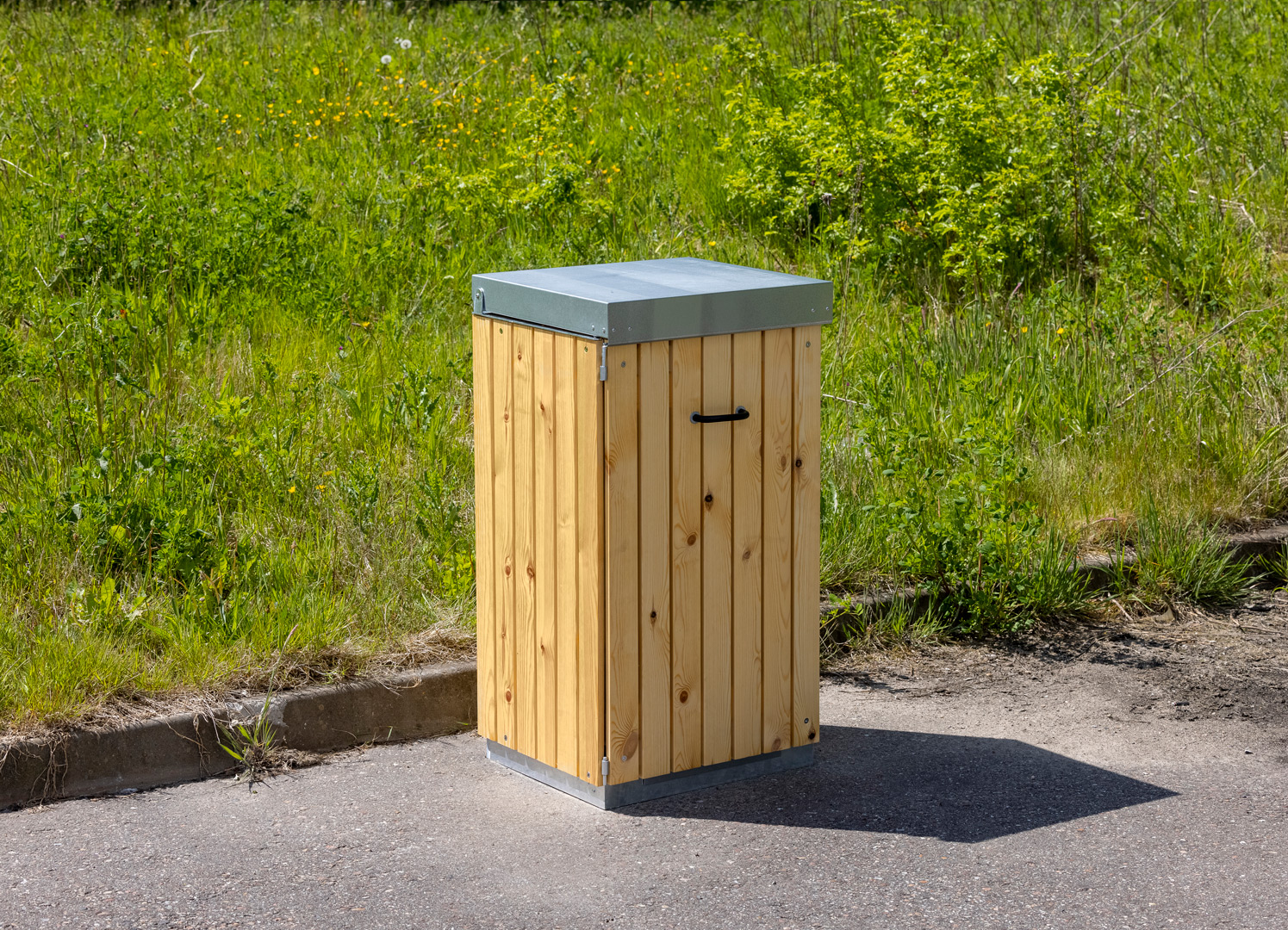 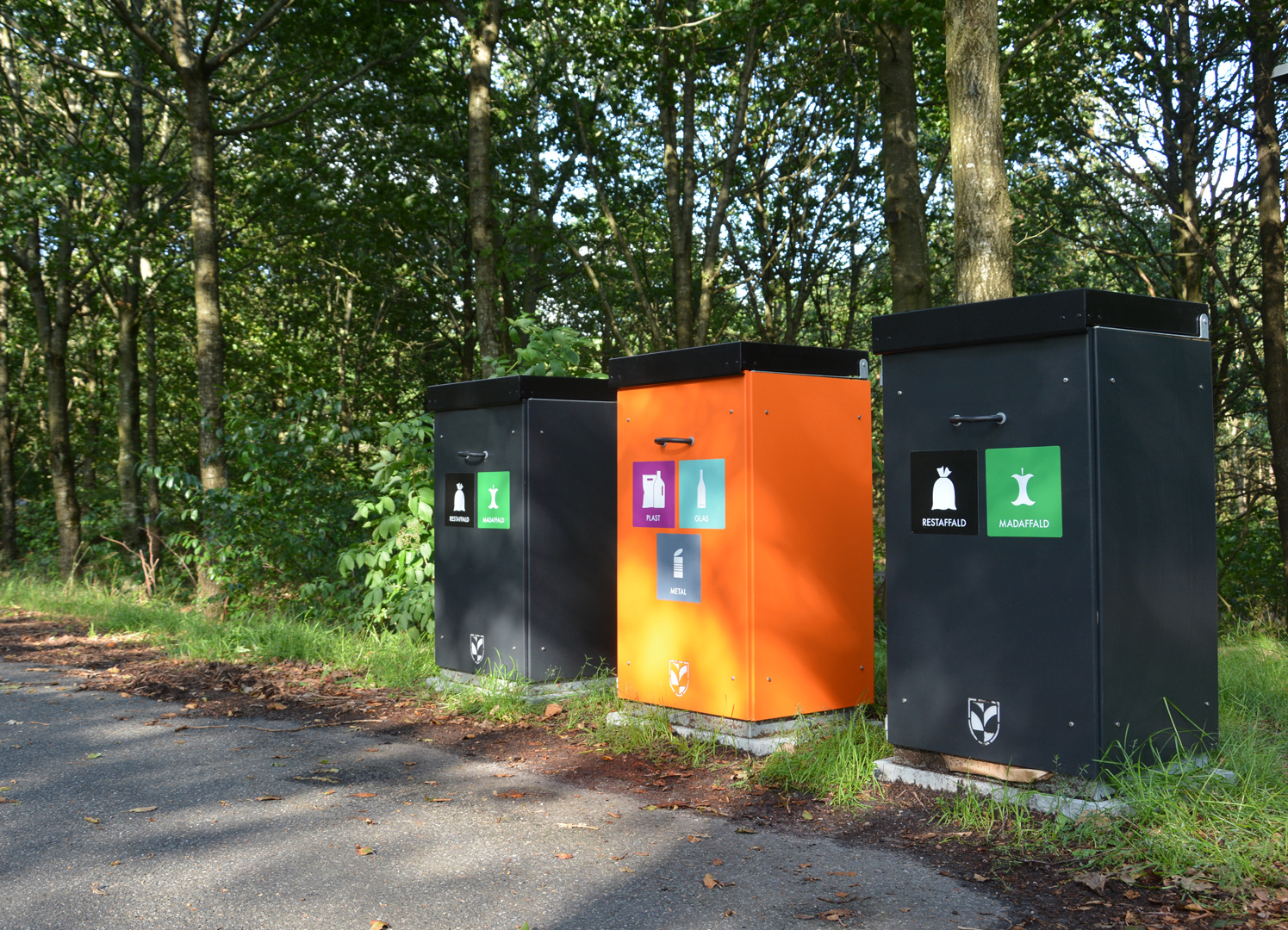 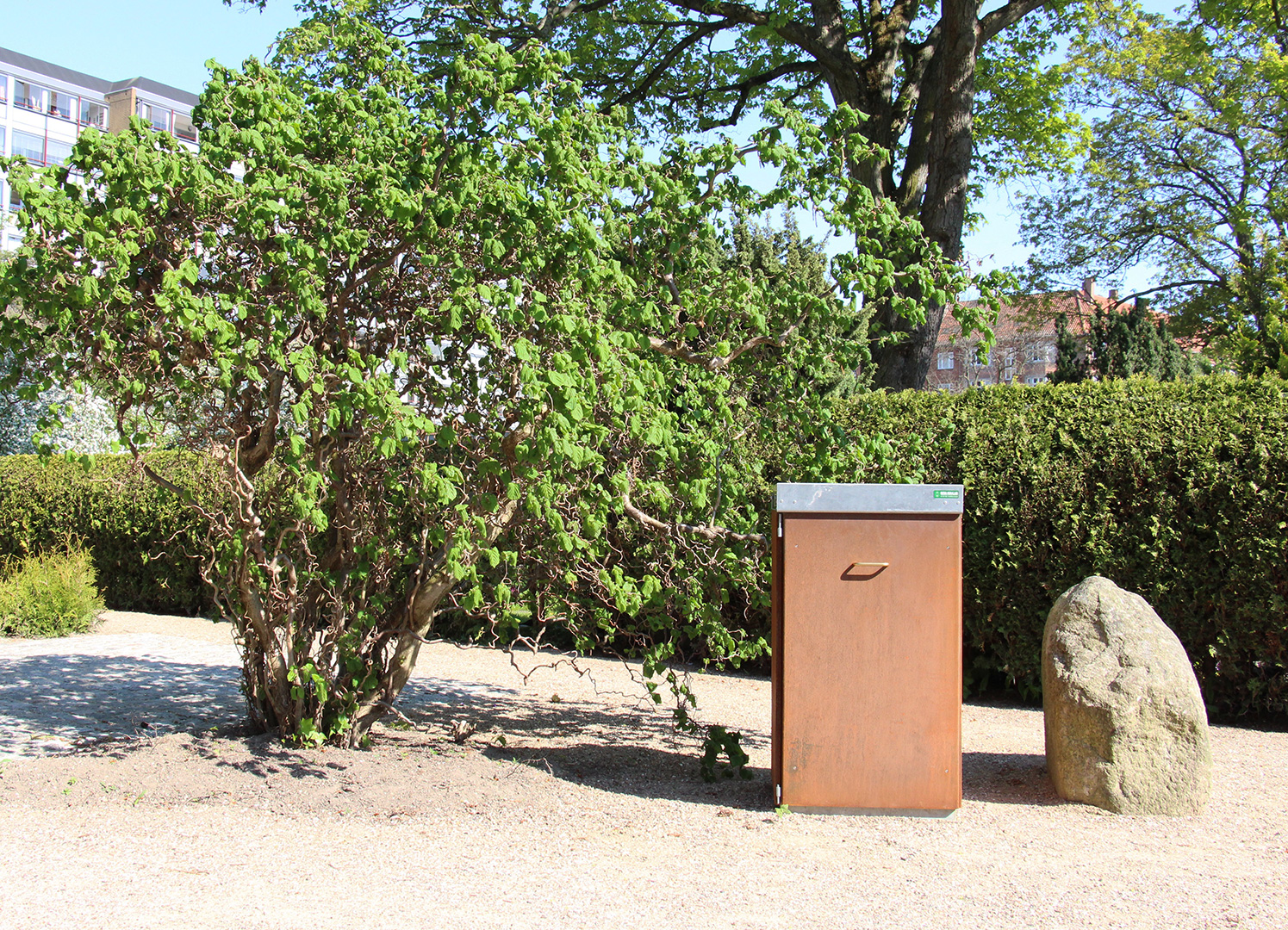 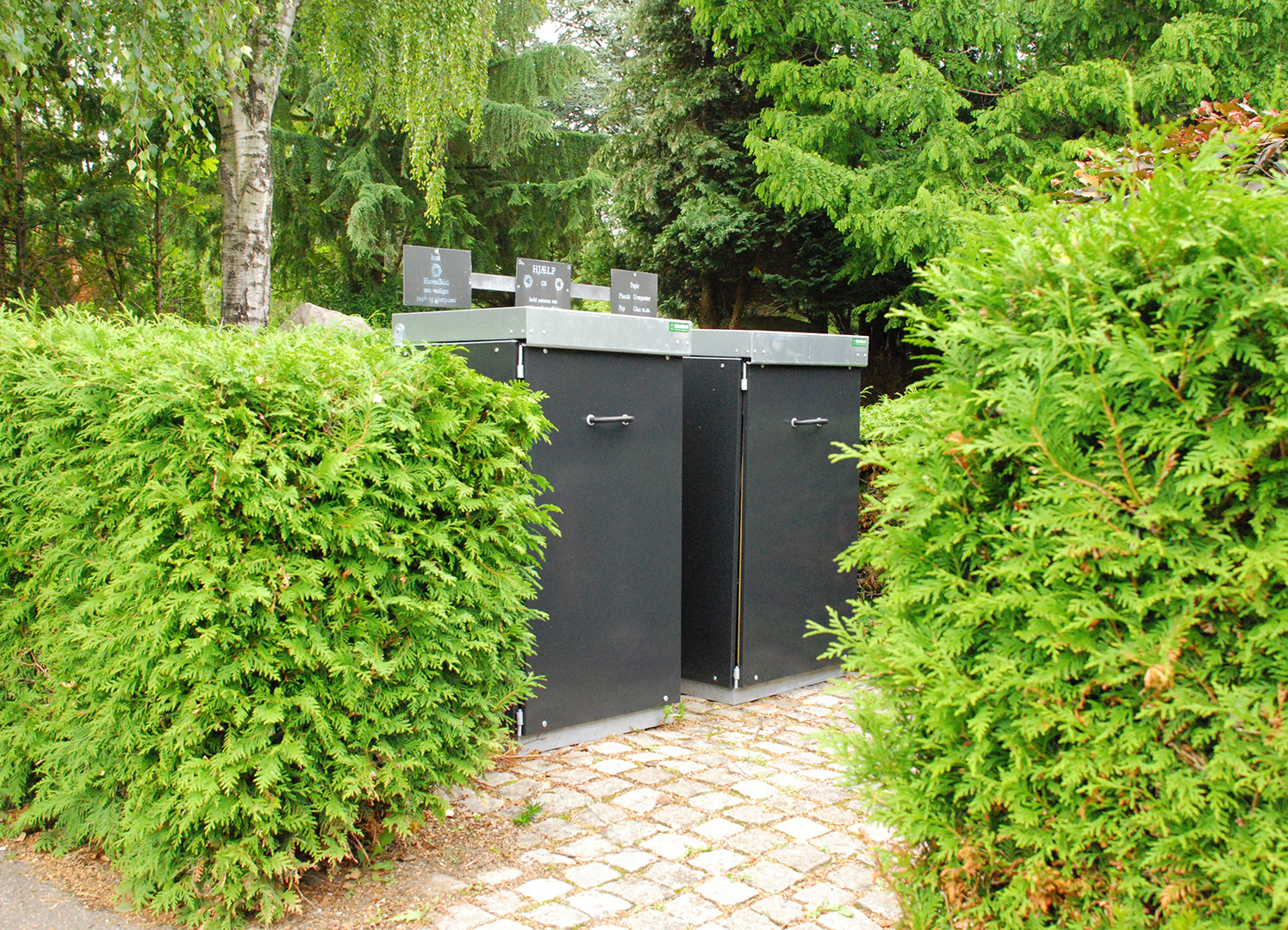 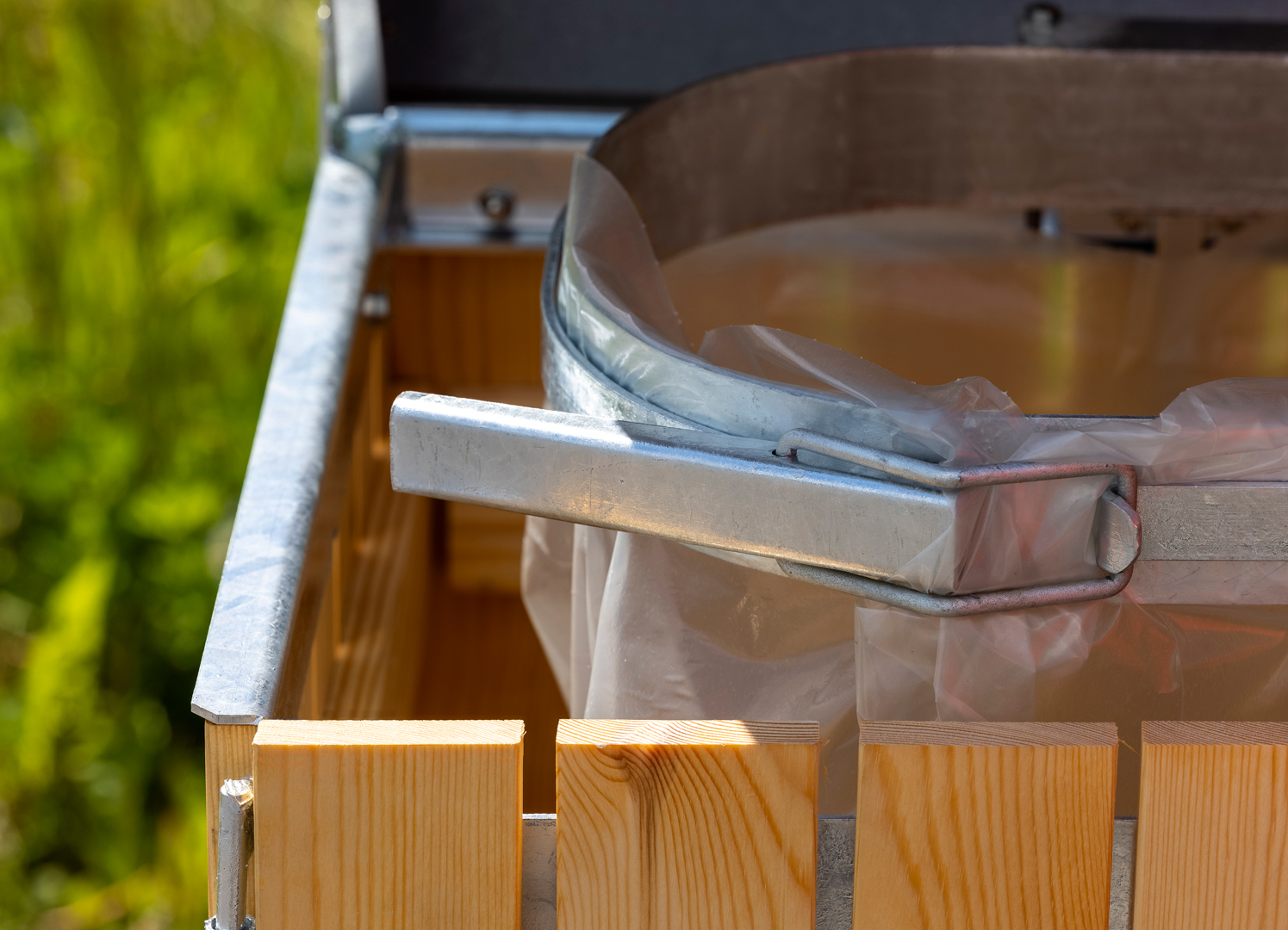 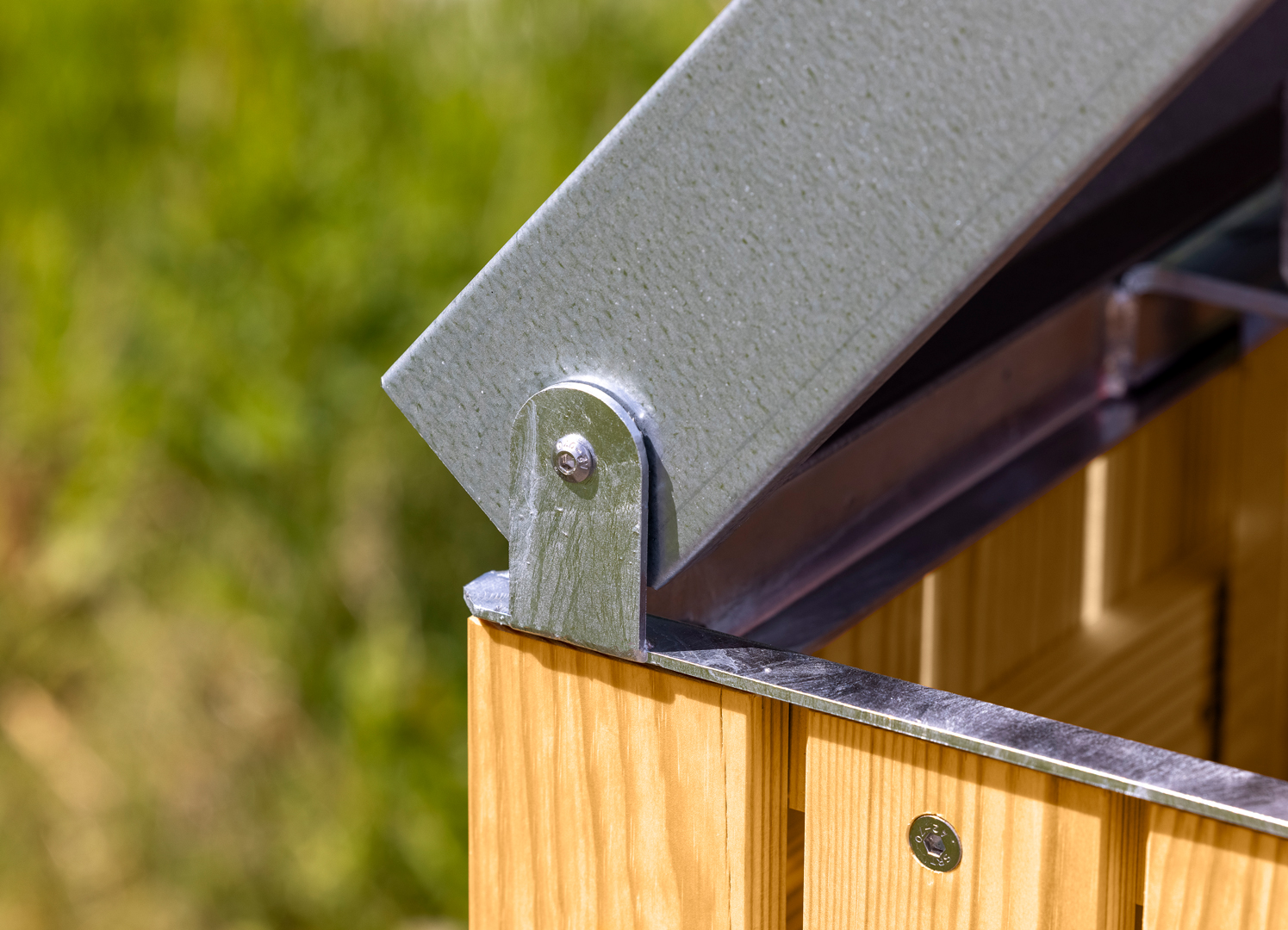 M STABIL is a 100-litre litter bin that is a familiar sight in service areas, schoolyards, churchyards and along woodland footpaths. It has a top opening and a hinged lid. This litter bin is 1 m in height and suitable for large rubbish sacks, which are securely clipped to a bag holder.

The bin is available in two versions – with wooden cladding or with steel sides.

The M STABIL litter bin with wooden cladding can be found in numerous busy locations where a bin with a lid is an appropriate choice to protect against scavenging birds. The wood-clad version of the bin typically has waste-sorting pictograms on the lid.

If you opt for M STABIL with a steel exterior, you have several possibilities to adapt it for different areas or needs. The steel sides are available in corten steel or hot-dip galvanised steel, with the option of a powder coating. Corten steel, which is rust red in colour, gives the bin a warm, natural look. Powder-coated sides can be used to match up with a design concept or to give M STABIL a new look. Waste-sorting pictograms can be installed on the side – making them visible from further away.

The lid and base of the litter bin are made from hot-dip galvanised steel and can be powder-coated, with both wood-clad and steel-sided versions.

Since M STABIL is square, it’s easy to install a number of bins side by side to be used as a waste-sorting facility for public spaces. We can supply pictograms, which are recognisable to users and make it easier to communicate and ensure waste is sorted correctly.

M STABIL lends itself to sensor-controlled emptying, with a sensor on the inside of the lid that indicates when the bag is full.

To empty the bin, the front hatch needs to be opened and the clip on the inner frame holding the bag released. No key is needed for emptying M STABIL.

This litter bin was originally manufactured by Miri Stål in Brovst, Denmark, and is now produced by HITSA. M STABIL is a large, economical litter bin in our broad range of bins. If you’re looking for something similar but round, R STABIL litter bin could be the thing. R STABIL has a 105-litre capacity and is clad with waste wood from HITSA’s production activities.

• 100-litre capacity with lid and top opening
• Available in two versions – wood-clad or wood-clad with steel sides
• Bag holder with clamp ring
• Also available in any RAL colour
• Opens without the use of a key. Lift handle and open the hatch outwards.

• To be placed on the ground 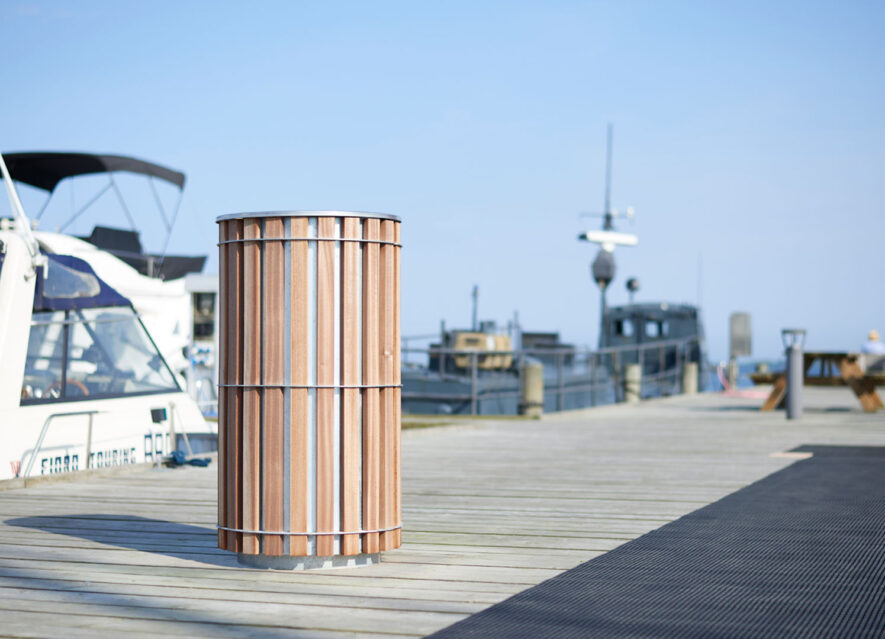 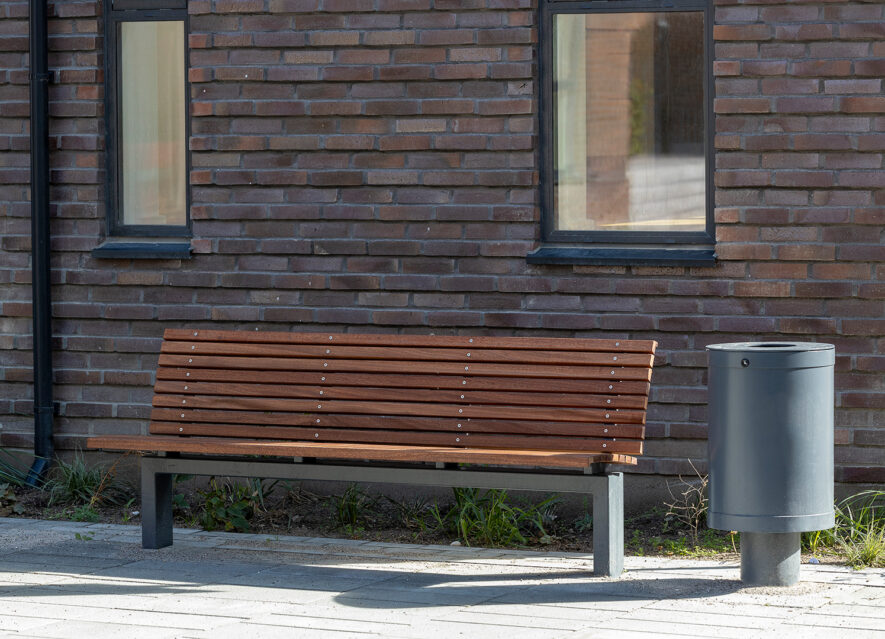 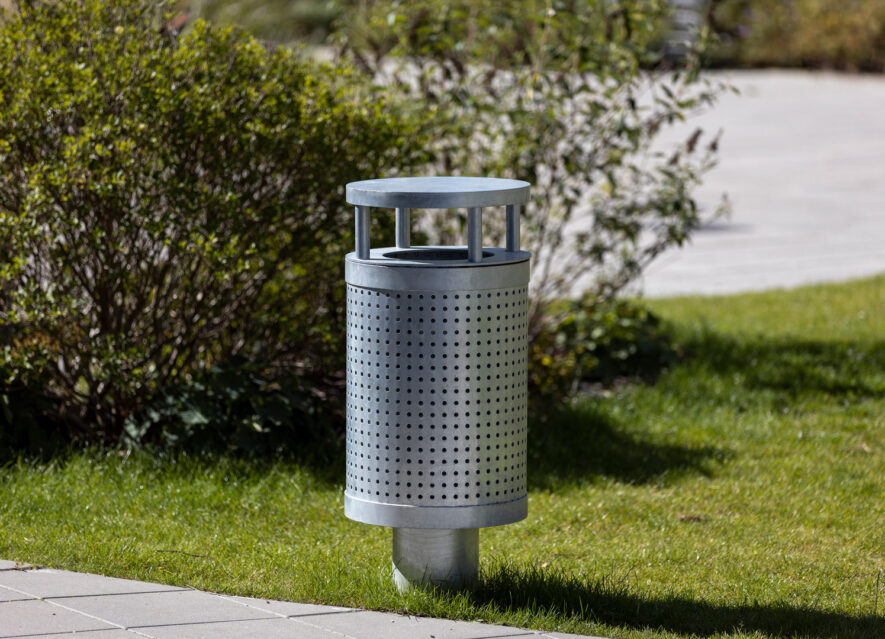 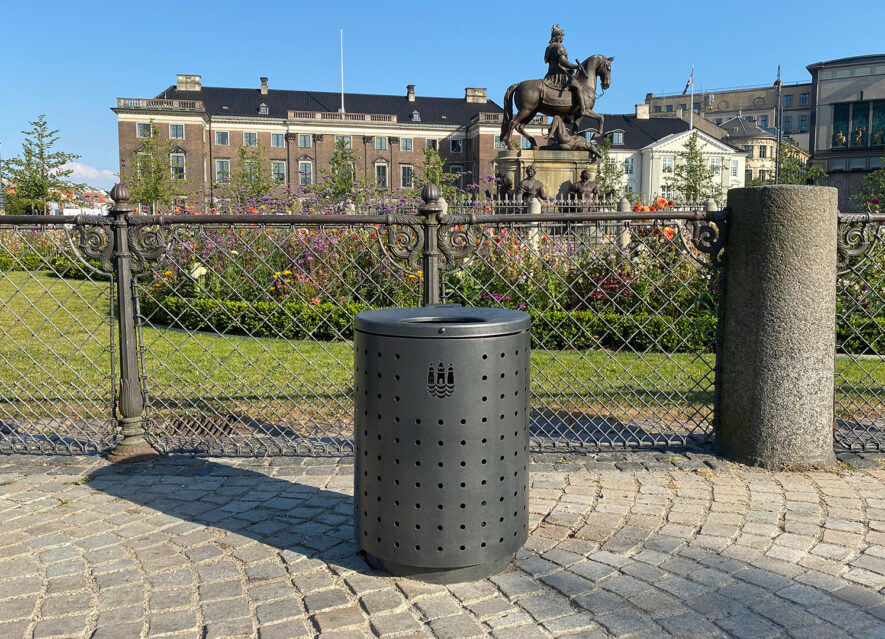