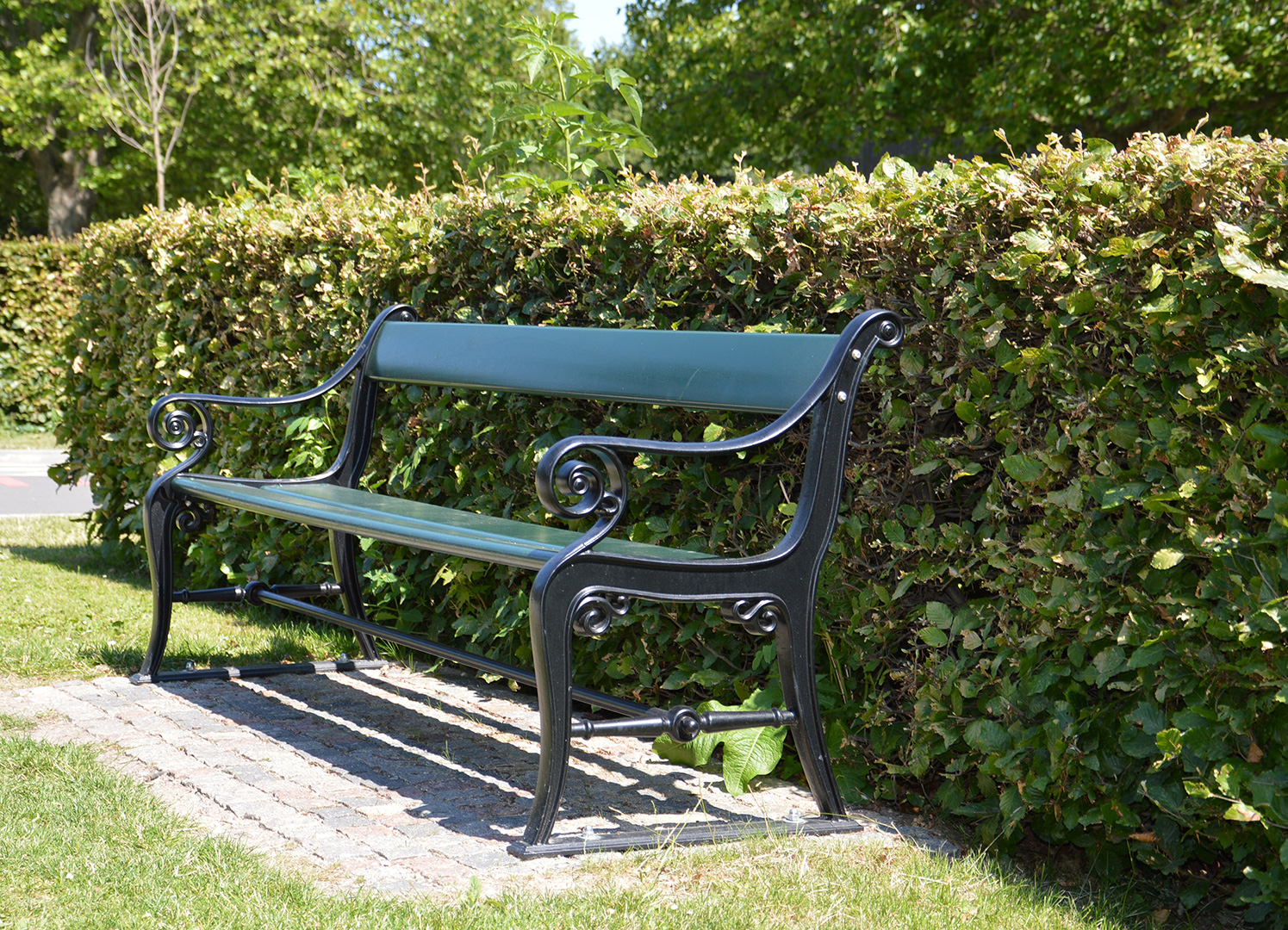 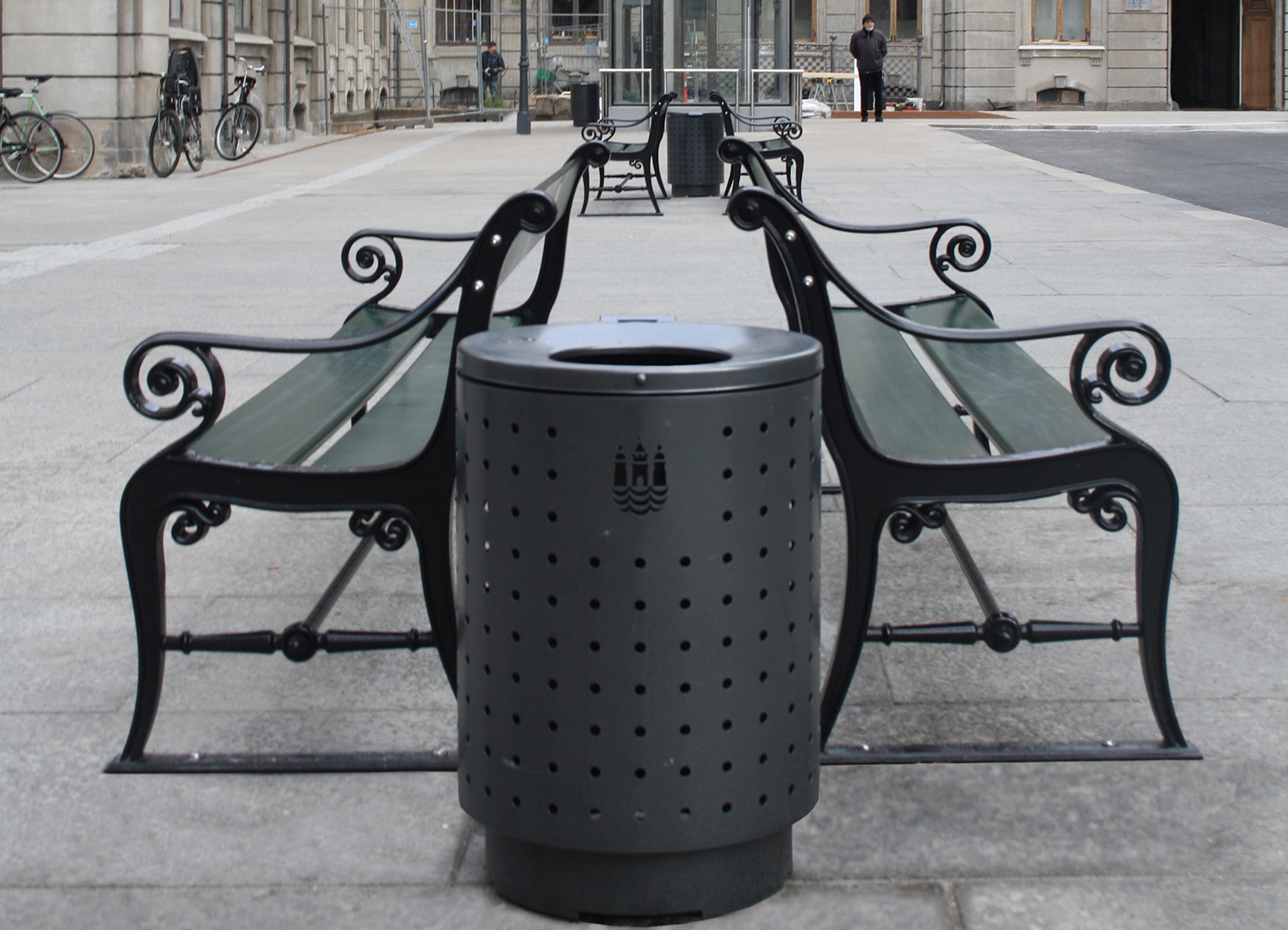 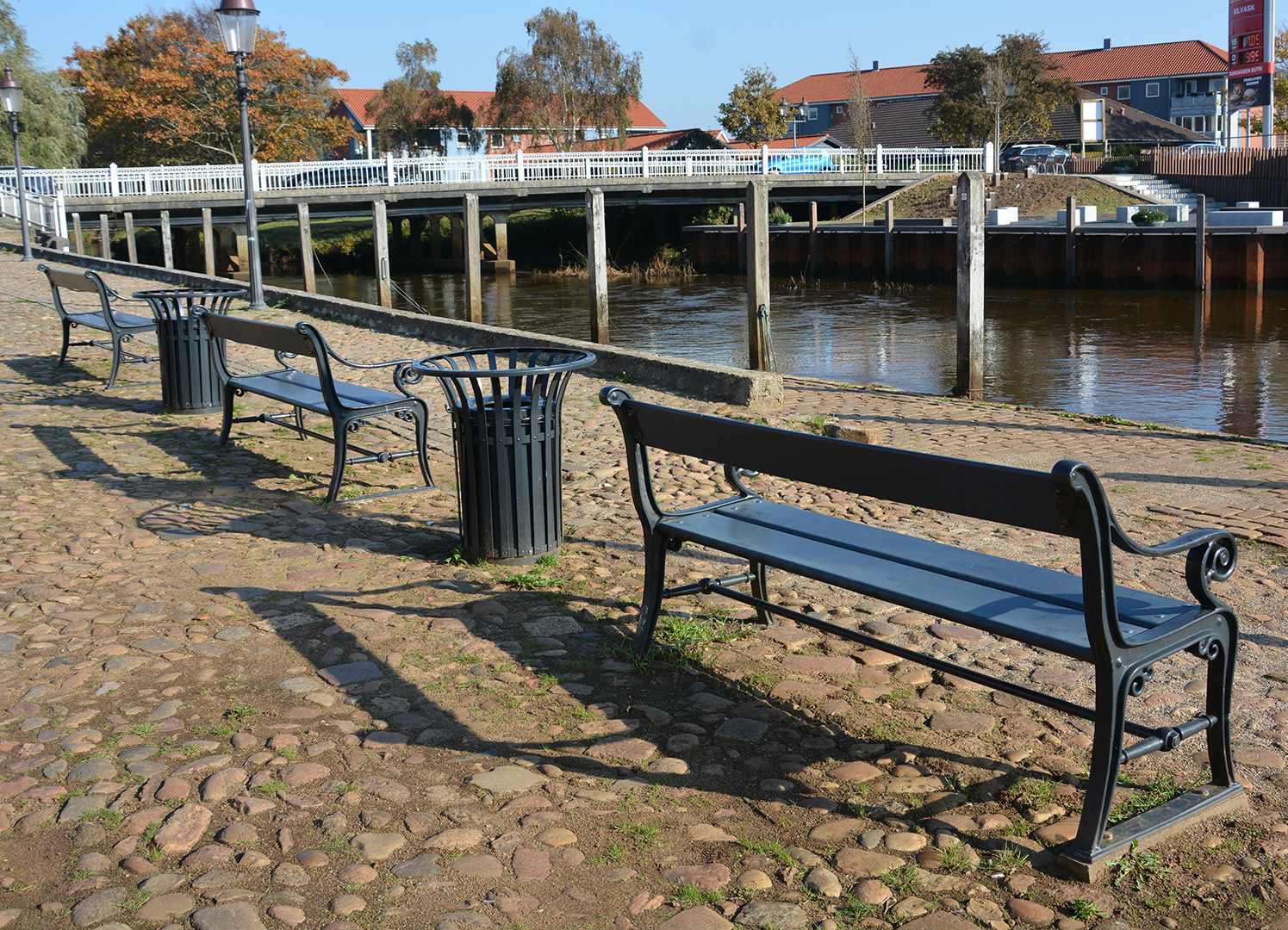 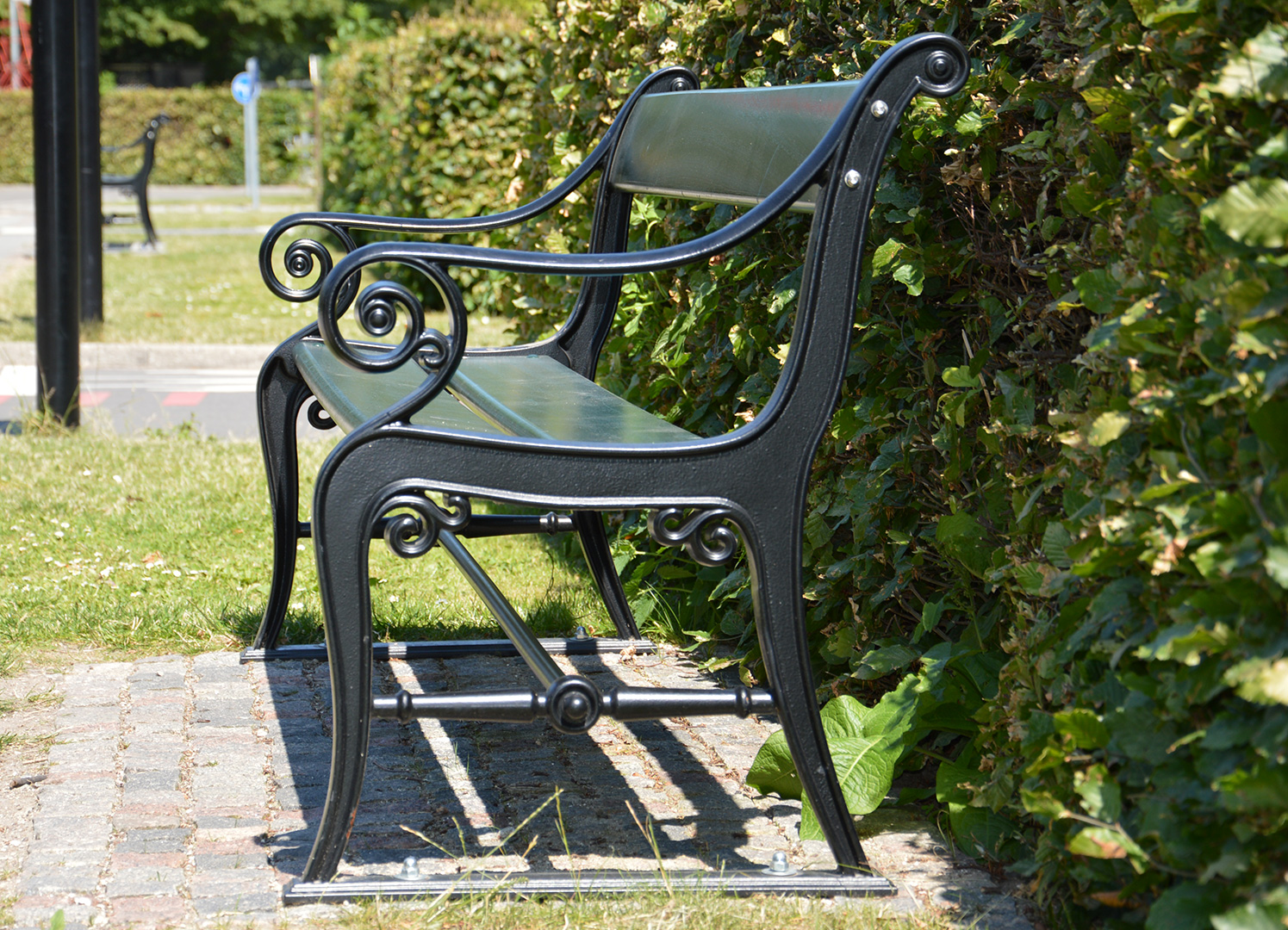 The COPENHAGEN Park Bench is a very old design. It was designed by Copenhagen municipality, and that’s also where you’ll find these benches in many, many locations. And not surprisingly, that is where it got its name.

The original COPENHAGEN Park Bench dates back to 1886. But even though, when measured in years, it must be said that it is somewhat of an antiquated gentleman, it still hasn’t gone out of fashion. For this is a truly classic bench that has proved its worth in terms of both quality and design down through the generations.

It is still produced according to the original design, with all its cut-out carvings and decorations, in black-lacquered cast iron. And it’s a bench that means business, as it weighs around 100 kg.

The COPENHAGEN Park Bench in cast iron and green wood

Lovely old city and courtyard environments in particular, would provide the ideal setting for this bench, that is also suitable for use in parks.

The COPENHAGEN Park Bench would also add an attractive presence to any other urban spaces or parks where passers-by might enjoy getting off their feet and taking a break.

Despite its great age, time has not stood still for the COPENHAGEN Bench. Since the design first saw the light of day well over 100 years ago, work has been done to develop the COPENHAGEN Bench further. It has retained its beautiful carvings and decorations, but both the construction of the bench and, not least, the materials used have been reviewed and updated along the way. This is why, despite its very traditional and slightly old-fashioned look, the COPENHAGEN Park Bench is still a robust and sustainable solution today.

In the old days, the ends of the wooden slats were exposed to the wind and weather, but by changing the construction of the frame, the ends of the slats are now encapsulated. This extends the lifetime of the bench.

The COPENHAGEN Park Bench is made of cast iron that is lacquered in black, and the benches slats are made of oil-treated, FSC®-certified mahogany.

The slats are available in natural, warm oil-treated mahogany, or you can choose to have them coated in the RAL colour of your choice. The bench is often seen in RAL 6009 traditional green, but you can also choose to have it supplied in all kinds of other colours. Fitted with, for example, pink or orange slats, the COPENHAGEN Park Bench looks completely different – a cheekier version of itself. 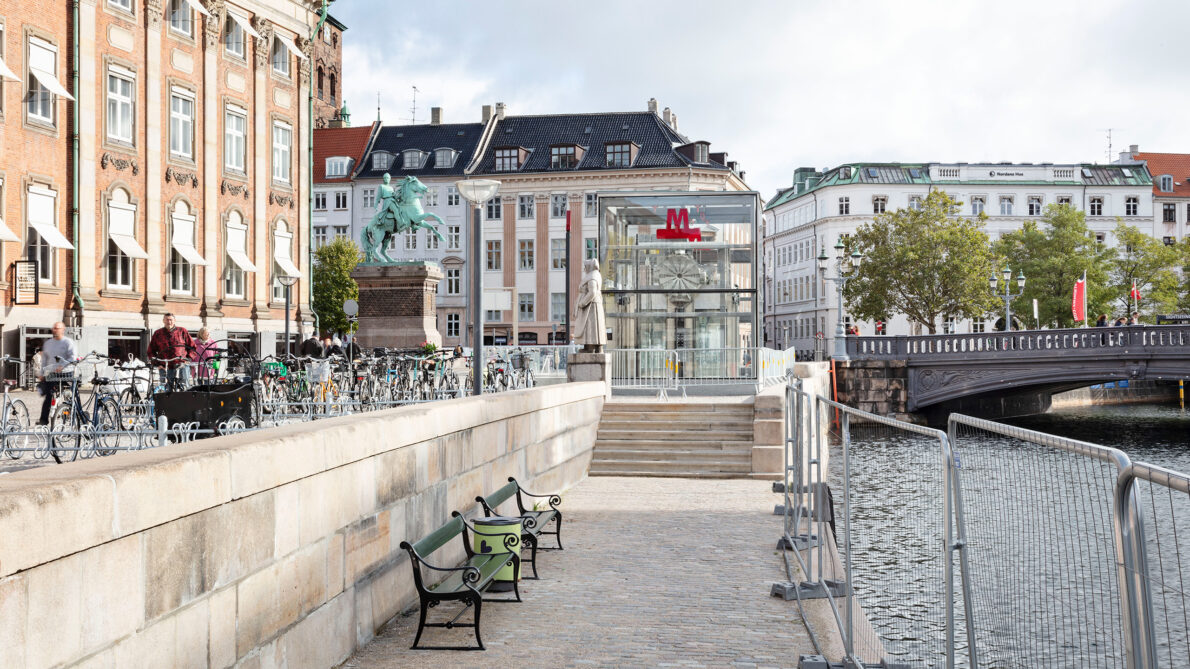