Horsens Municipality has been focusing strongly on waste, namely trying to recycle more and incinerate less. In partnership with Horsens Municipality and VE2, HITSA has now create the FJORDPARK MILJØ waste sorting system, with the emphasis on waste sorting and a user-friendly process.
The bin is divided into compartments for four different waste fractions, which is better for the environment. It has been ergonomically optimised for waste collection staff, and is also designed to minimise access for rats and gulls.

FJORDPARK MILJØ can now be seen in the harbour area in Horsens with pictograms, fractal font labelling for the visually impaired and braille for the blind. A fluorescent strip has also been added around the bin, making it easier to spot in the dark. 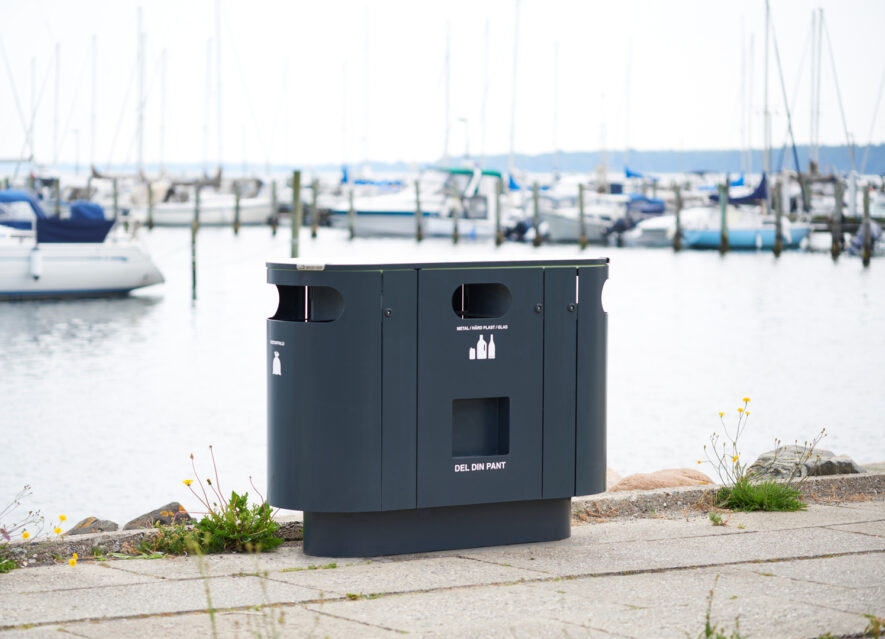