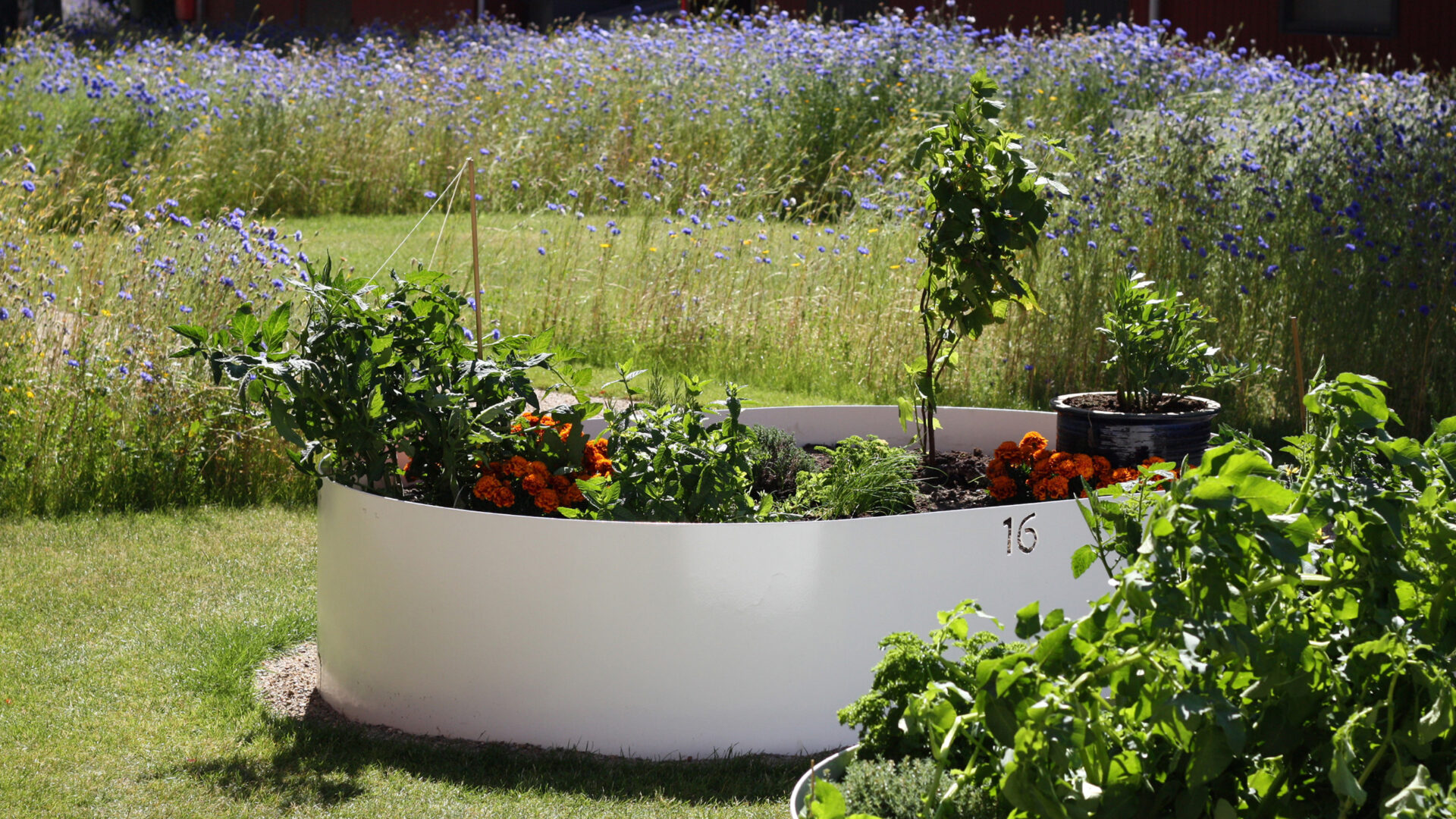 The MICROHAVEN planter was developed for a large sustainable landscaping project for Arbejdernes Boligforening afd. 1 in Esbjerg.

The landscape architects from MOVE Arkitektur designed the oval, steel raised beds, while HITSA was responsible for the actual metalwork and production of the planters.

The aim of the project was to create a more sustainable environment and also to bring more activity and a sense of community to the large outdoor areas between the residential blocks. The setting as it was featured random trees and paths running along by the building walls. There were also numerous clothes airers, but they were seldom used.

MOVE Arkitektur got involved, and held workshops for residents.

It turned out that one of the many desires among residents with regard to the outdoor space was to grow flowers and vegetables. And that was the inspiration for creating the micro gardens.

The MICROHAVEN planter is a raised bed that makes it easy to cultivate your own garden. Each plot is a manageable size, and the surface of the soil is at a comfortable height for working. A number punched in the side indicates which resident or group of residents the planter belongs to.

The oval shape was chosen because it is easy to get around. It provides an inviting look rather than acting as a barrier. The MICROHAVEN planters are sited alongside the paths that now criss-cross the area. The raised beds provide an eye-catching feature and encourage chatting and social interaction.

The large outdoor area in Esbjerg now boasts flower meadows and paths where you can enjoy a stroll, while the old clothes airers are now used to suspend hammocks and play equipment. Many of the existing trees have been retained and add to the setting. In other words, the area has now been transformed into an urban oasis that allows nature to thrive in a variety of ways.

The project has been supported by Realdania ‘Bedre Boligliv’. 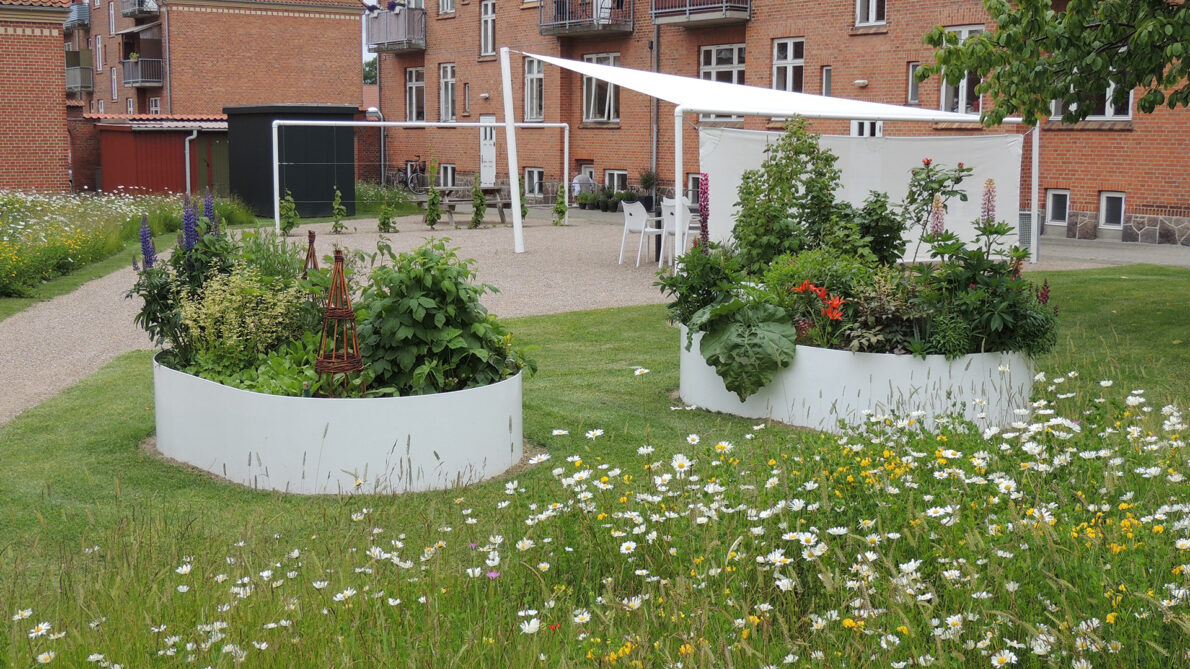 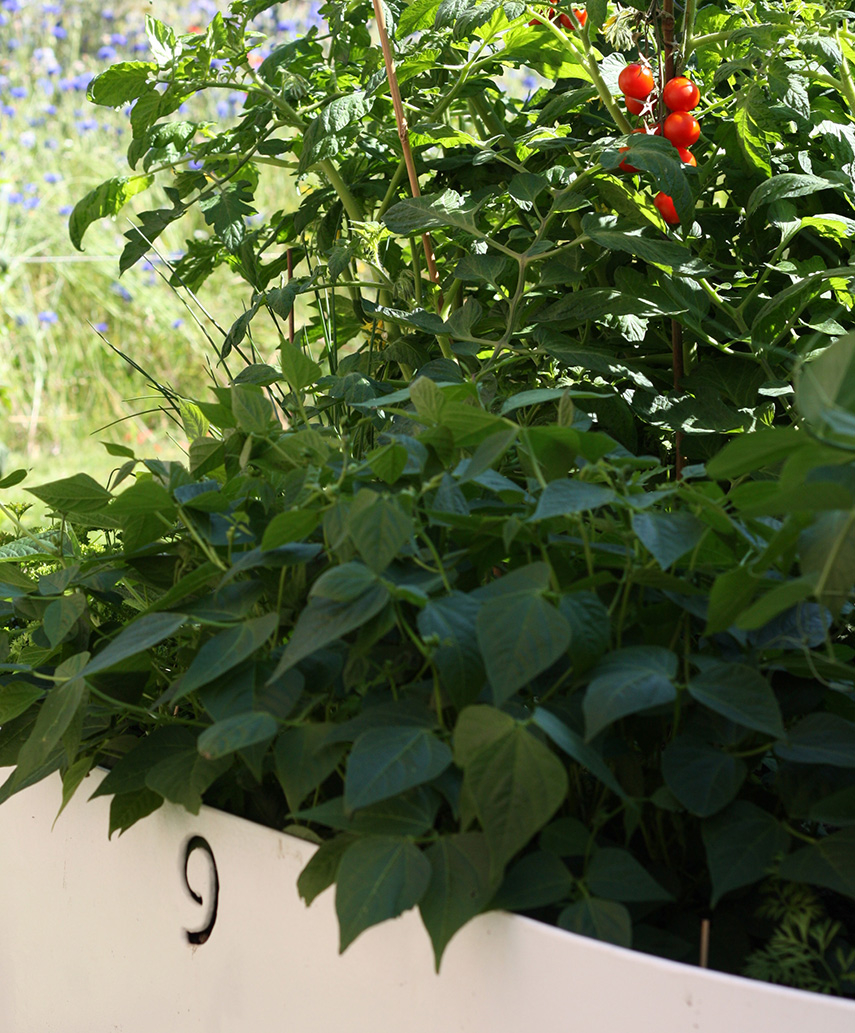 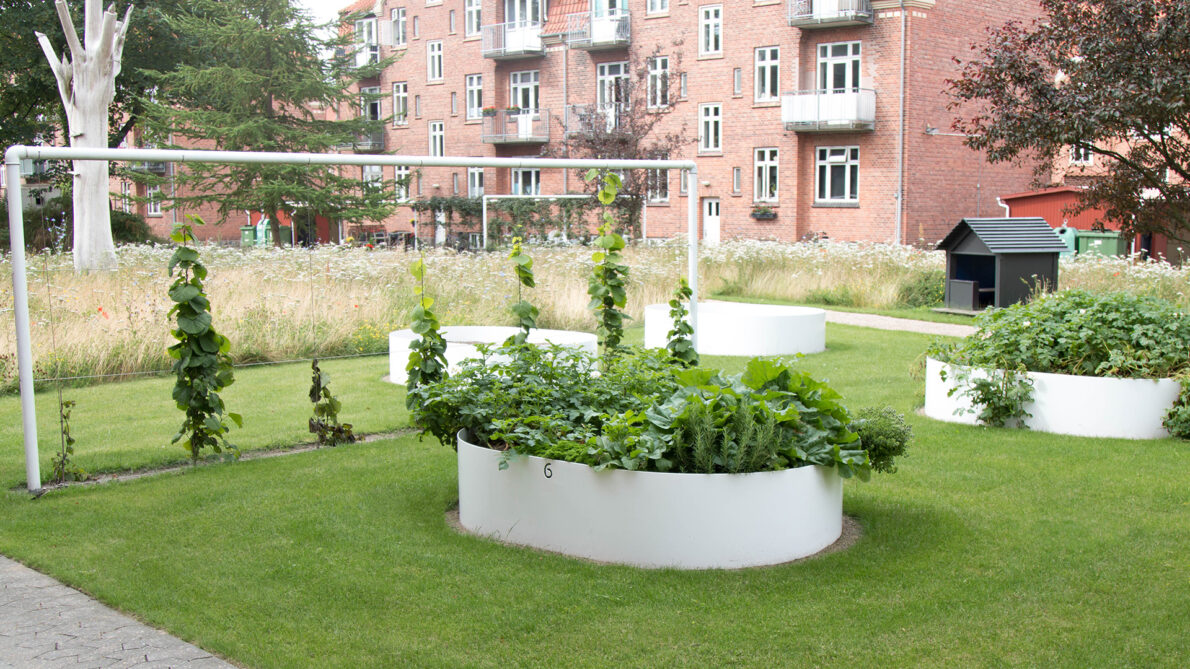 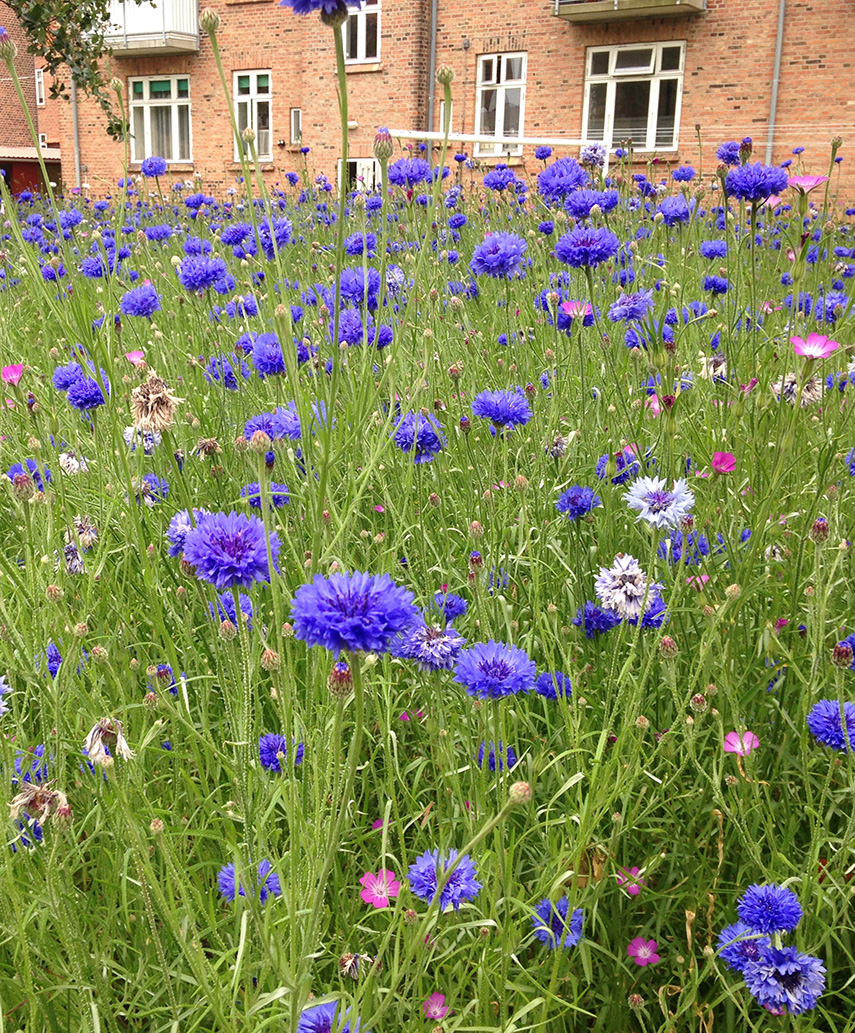 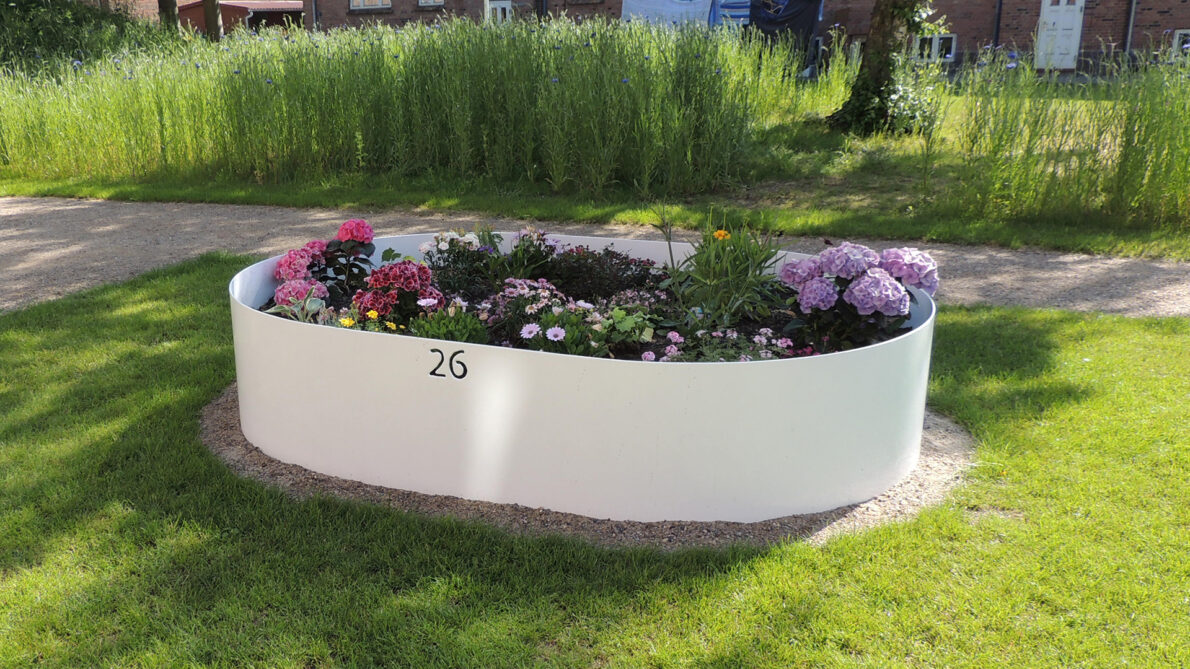 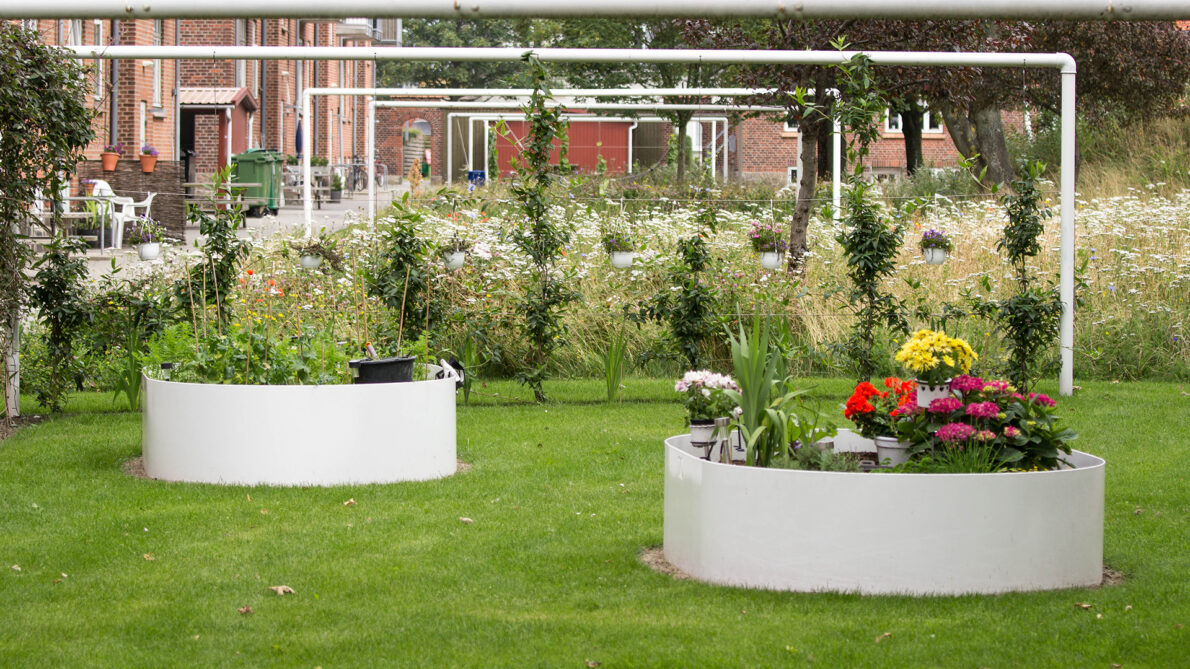 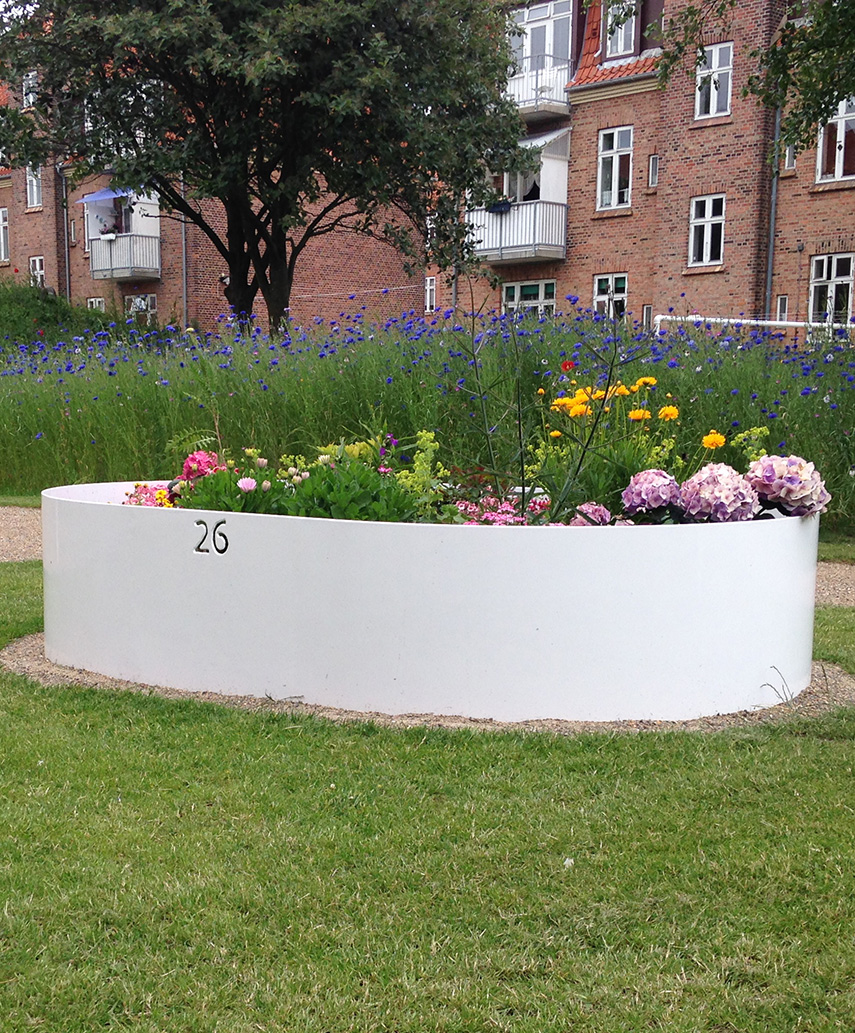 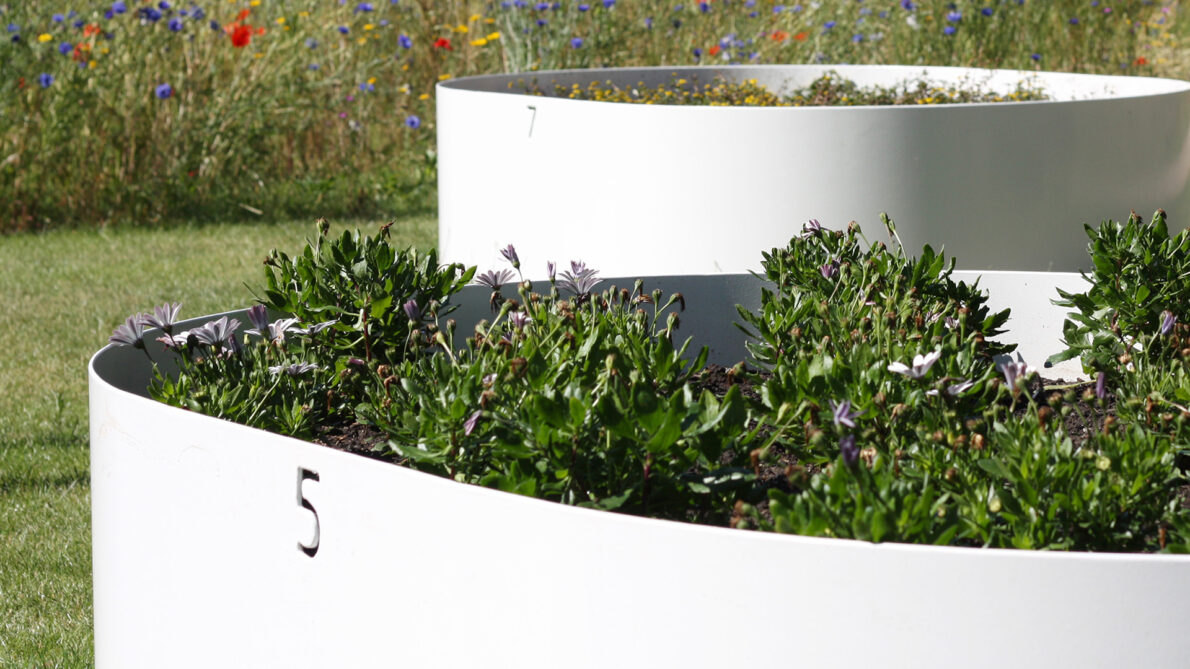 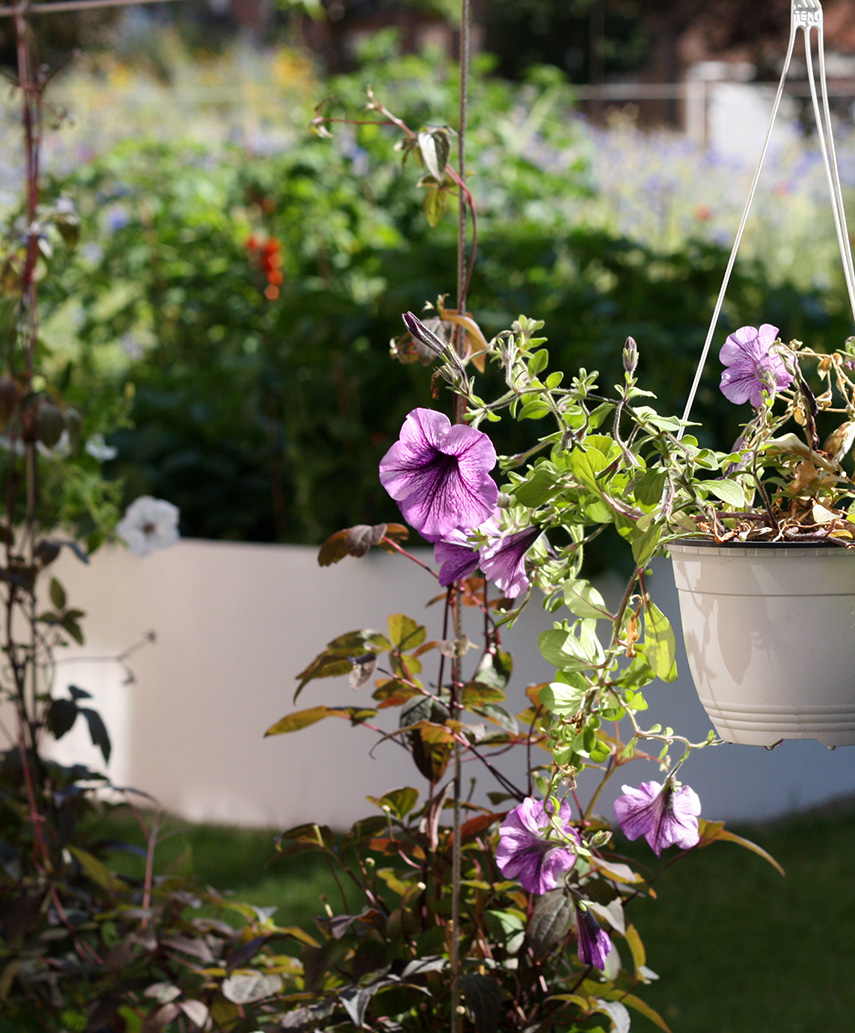 Products included in the project 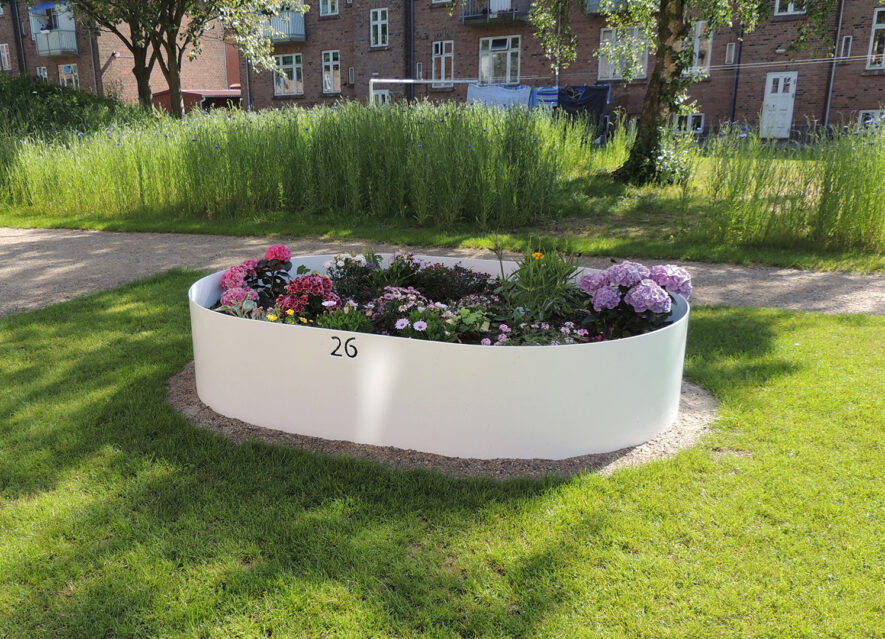