HITSA are proud designers and producers of stop furniture for Stockholm County Council’s Spårväg City project. The collaboration with architect Jonas Bohlin (consultant with Dinelljohansson) gathered momentum in autumn 2014, and by August 2015 the City of Stockholm had opened its first stop in this project to traffic, on Strandvägen/Styrmansgatan. The Kungsträdgården stop is now also complete and work will get under way in spring on the Sergels Torg tram stop, which is due to open to traffic in August 2018.

“We have used sedum roofs on the stops in densely built-up areas, since almost all the buildings round about look down on them, so this provides an attractive view. When the stops are seen from street level, just the little rim of vegetation visible at the top makes a big difference to the overall impression and blends in well with surrounding urban greenery.” (Johan Zetterholm, Architect at DinellJohansson) 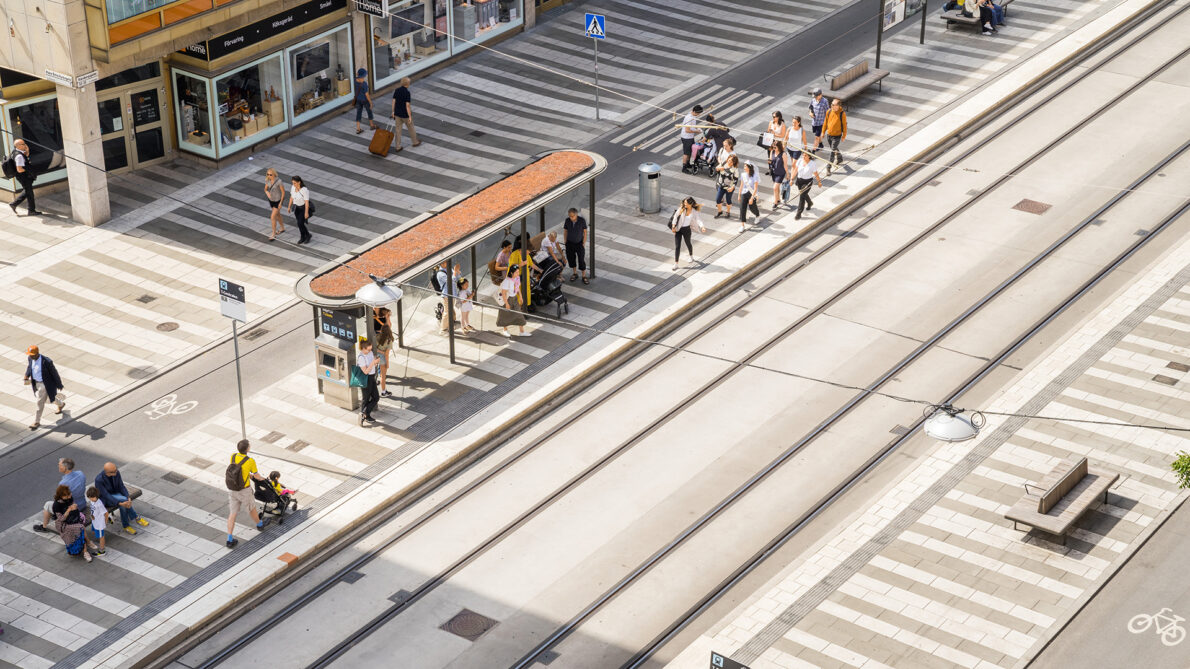 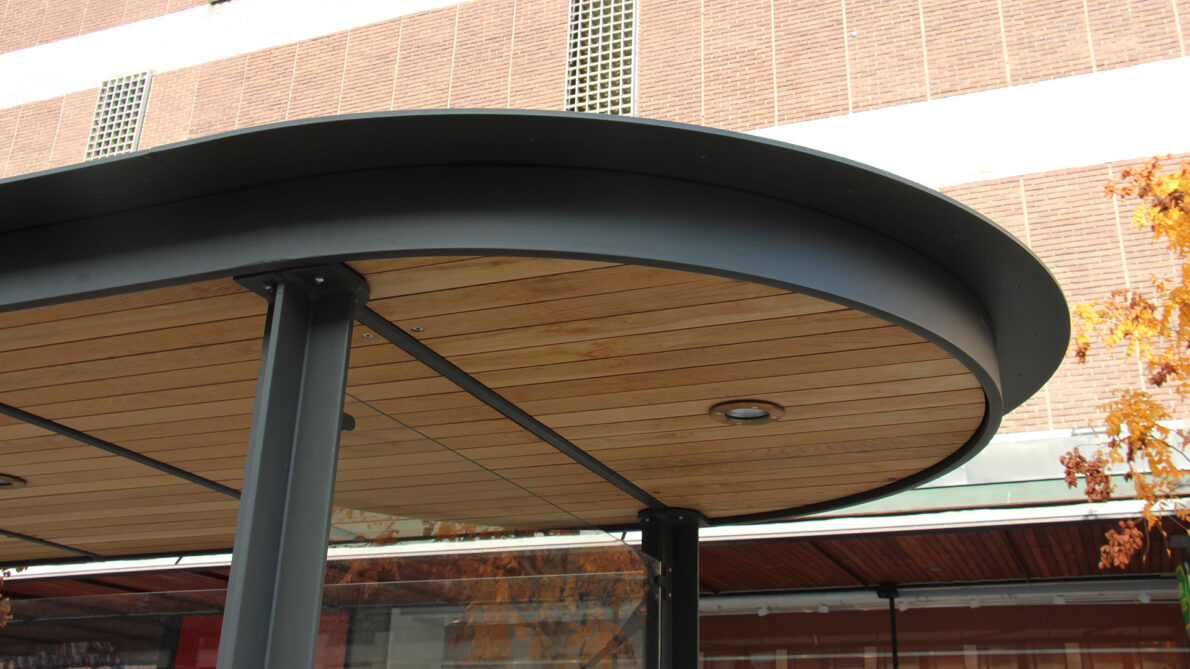 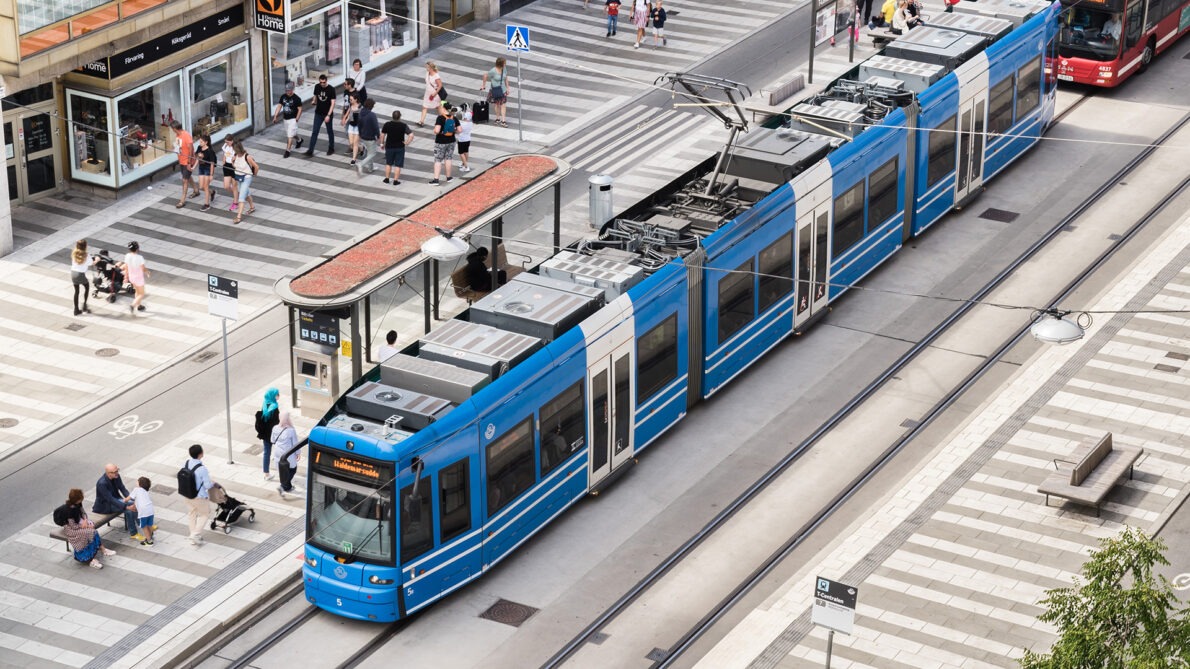 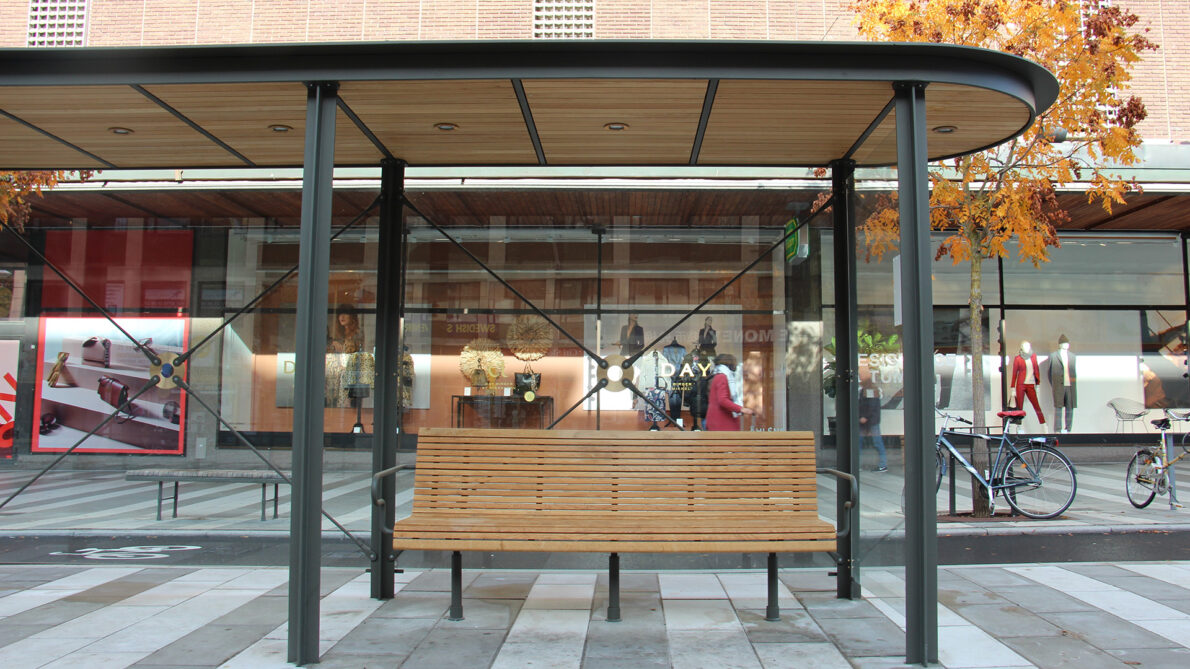